The sealing system is one of the most important parts of the rudder system. A leaking sealing system is irritating and dangerous. A lot of development is done in the last decade to guaranty a problem free system. Some designers still draw old-fashioned systems based on on O-rings or stuffing boxes. O-rings should not be used as they don’t allow any misalignment ore movement of the rudder shaft. As O-rings are always located between 2 bearings, and the shaft will bent under rudder load, the O-ring will be pushed in on one side and create a gap at the other side and water will enter the boat. Stuffing boxes don’t allow the shaft to bend and will act, unwontedly, as a third bearing. They also cause a lot of friction as the grease cord is pressed under high load on the shaft surface. Eventually the shaft will run in and more pressure will have to be put onto the cords to achieve a proper sealing, creating more friction.
With the modernization of the rudder system by the introduction of self-aligning bearings a big problem arose for the sealing systems: As the bearing houses don’t have to be fully aligned with the shaft, and the rudder shaft can freely bend between the bearings, the precise position of the sealing system is unknown. The only solution for these modern solutions is a sealing system that isn’t critical for the position of the shaft (like a gaiter) or to use a seal or tube in the inner housing that will move together with the shaft.

Following points should be considered when designing a sealing system: 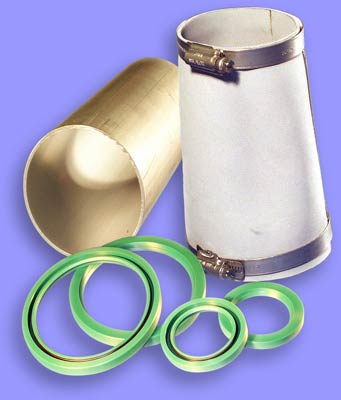 The most critical situation for a sealing system is while motoring. Due to the build-up of a wave under the bow and stern of the yacht, the water level around the rudder shaft can raise up to 300 mm. As this water level is maintained for a while, water will raise around the shaft through the bearing and will raise in the rudder tube or will put pressure on the lip-seal when mounted. In sailing conditions, the stern could also be pushed under water, but this will only be for a short instance. This time is too short for the water to raise significantly in the tube. 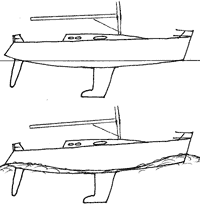 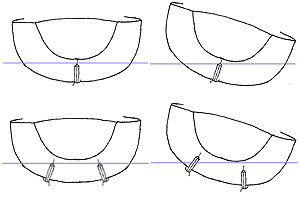 This sealing system is only possible on a tiller steered boat. The bottom and top bearing are joined by an aluminium tube which registers inside the bottom bearing and is secured by Sicaflex. This solution is 100% waterproof and induces no friction into the rudder system. Please note that the rudder tube isn’t a structural part of the boat. All forces are transmitted by the bearing houses to the hull and the only function of the tube is to prevent water coming into the craft. 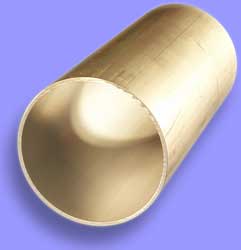 The tube and gaiter sealing system is the most efficient method of providing a seal. The friction is almost zero, the sealing is 100% sure, and the gaiter will allow the shaft to rotate and bend freely. The system consist of an aluminium tube, which is bonded to the lower bearing and to which is clamped, via a stainless steel jubilee clip, a neoprene gaiter. The top end of the neoprene gaiter is clamped to the rudder shaft by a second jubilee clip. The gaiter is made to allow up to 90º of rudder travel (± 45º), without causing inelastic extension to the gaiter. It is desirable to take the rudder tube as high as possible for water security and at least 100 mm above the waterline.
The gaiter is in fact 100% waterproof and will show no signs of wear, even after many years of service. However it is possible for this to become mechanically damaged or torn, if materials are stored loosely in this area of the yacht. Please avoid direct sunlight to hit the gaiter as the UV light will damage the neoprene in time. 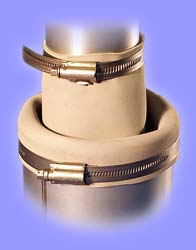 Gaiters are able to withstand high pressures. Please see below video taken on a 30 knots cruising fast power boat with a water scooping top of rudder blade, pressuring the rudder tube highly. The gaiter will accept the high water pressure and balloon out, but will return to it’s original size and will not fail to seal the hull.

Gaiters can also be supplied in unglued state with a special tube of neoprene glue. This is ideal for retrofitting as the rudderstock doesn’t have to be dropped.
You can read how to install the unglued gaiter here: Gaiter installation 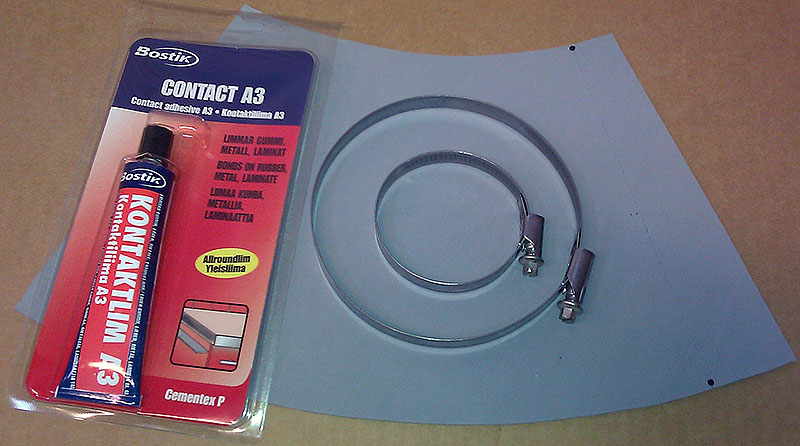 Lip seals are used when the use of a tube is not possible. A typical situation is when the tiller lever or quadrant is located just above the bottom bearing. For security we recommend always to use 2 lip seals. To achieve a good sealing it is important that the contact area of the rudder shaft has a very smooth surface. It is not possible to use lip seals in combination with self-aligning bearings except for our standard self-aligning bearing where the seals are mounted in the inner housing and move with the deflection of the shaft.
Always use our special PUR lip seals. These are specially developed by us for rudder sealing purposes and contain no metals. When industry lip seals are used, they will have to be replaced every 2 years as the rubber will develop porosity and corrode the steel reinforcement ring inside the seal with as result a leaking rudder system. 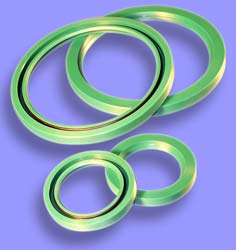 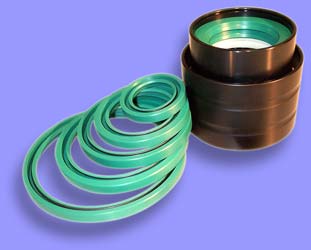 We use cookies to ensure that we give you the best experience on our website. If you continue to use this site we will assume that you are happy with it.AgreeDeclinePrivacy policy